After the war, Italy was faced with the daunting task of rebuilding, not only the physical buildings, but the lifestyle and production of foodstuffs disrupted by the conflict.  In the Northwestern Piemonte region of Italy Pietro Ferrero decided in 1946 that his future belonged to chocolate.  With his brother Giovanni the master confectioner opened a laboratory in Alba.  The first delicacy to be developed was Pasta Gianduja.  Chocolate was usually sold only as a rare gift or treat for special occasions.  This paste mixture of chocolate and hazelnut was something to be enjoyed often, and soon became renowned under the name Nutella.

By the early 1950’s, Michelle Ferrero, son of Pietro, took over what had become an industrial production facility.  After the worldwide acceptance of Nutella (it is said to outsell peanut butter) Ferrero introduced Kinder Chocolates and Tic-Tac mints.  In twenty years these products were extremely popular in Europe and became known all over the world.  In the late 1960s and early 1970s, Tic-Tac was introduced to the United States.  Shortly after, state of the art production facilities were built there that equaled the factories then in Italy, Germany and France.  Tic-Tac remains the best selling breath mint in the U.S.  Quickly the new Ferrero Rocher line of high end chocolates joined the other quality products and earned increased popularity.  Known more in Europe, Ferrero also produces the Mon Cheri and Pocket Coffee products, but it is expected these will win world wide demand very quickly.

Chocolate found its way to Italy in the 16th century once Spanish importers brought it back from Mexico and the New World.  In 16th century Europe, as there, it was served as a hot drink, and was reserved for the wealthy or privileged.  Today in Torino (Turin), a yearly celebration lets Piemonte showcase their products and honor this “food of the gods.”  In the Piazza Vittorio Veneto visitors will be graced with all things chocolate.  A cup of local hot chocolate is thick enough to stand a spoon in, and will banish all thoughts of the flavored milk you might have tasted.  When solid chocolate was invented at the end of the 18th century, a new world of flavor combinations opened.  Today as then, a regional favorite of Piemonte is a mixture of hazelnut paste and chocolate.

Specialties have been created by several famous chocolate producers in Torino, and whether you visit a shop, factory or family owned sweet shop, they will amaze and delight your senses.  Gelato (grown up ice cream), Alpino (liqueur filled), Baci (“kisses” of hazelnut and chocolate), Torta Sabauda (Torino’s own very rich frosted cake) and chef’s creations like roast venison with chocolate sauce will satisfy even the most ravenous chocolate monster within.  To make sure, purchase a “ChocoPass” from the local tourist office and you will sample a wide range of delicacies from several locations.

Chocolate events held in many of the wineries, shops or restaurants let the visitor learn how to pair wine and chocolate.  Bitter chocolates blend deliciously with local Barolo wine.  Every chocolate from milk to darkest flavors will combine with a particular local wine ranging from young fruity reds to aged, full bodied vintages.  For the connoisseur and lover of life, Piemonte may well be a modern Shangri-La. 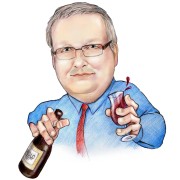